Should You Install Video Surveillance On Your Rental Properties?

Are you considering adding surveillance to your rental properties? This could be a good idea. Surveillance cameras are a great way to deter damage, illegal activity, and other unwanted behavior in your buildings. Should illegal activity occur, your footage may help the police resolve the situation. Cameras can also help you protect yourself financially. Many insurers will reduce premiums if there are cameras on the property, and the footage may help you collect money in the event a tenant damages your property.

There are some rules, however, on when and where you can place cameras. It's important to understand those rules so you don't expose yourself to legal liability. Below are a few things to consider.

You need to notify your tenants.

You must disclose to your tenants where the cameras will be located and when they will be filming. It also may be helpful to let them know that the cameras are also for their benefit. They're meant to deter crime and make the building as safe as possible. The more information you can share with your tenants, the more accepting they will likely be.

There are limited places where you can install cameras.

Again, the laws vary by state, but generally speaking, you can't put cameras anywhere you want. Cameras inside individual units are usually not allowed. Instead, landlords are generally allowed to install cameras in common areas, like parking lots, staircases, entryways, and other publicly accessible locations. You cannot put them in locations where tenants may expect to have privacy, like restrooms, gym locker rooms, or even laundry rooms. While you may want to monitor as much as possible, you can't violate your tenants' privacy or you could face serious consequences.

Conversations are generally considered private, regardless of whether or not they are happening in a public space. For that reason, it's wise to have surveillance systems that only record video and do not record audio. You should also make it clear to your tenants in writing that the new surveillance system is video-only and will not pick up their private conversations in public spaces. 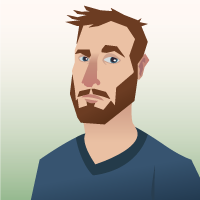 After my parents asked me if I would be interested in working for their company, I realized that I was far from being an expert. I started thinking about everything that I didn't know about business, which was really intimidating. I realized that in order to be successful, I needed to start focusing on business basics, which is why I put this website together. I wanted to document everything that I learned, so that I could look it up easier and help other people who might be struggling with the same kinds of things. Check out this blog for great information on business basics.

Crafting Your Brand: What A Business Branding Agency Can Do For You - 27 January 2023

Should You Install Video Surveillance On Your Rental Properties? - 9 September 2022